The Museum of Russian Art

Artistic styles of the Soviet era reflected highly variable degrees of revolutionary idealism as well as conformism and non-conformism. In sharp contrast to the often-oversimplified generalizations applied to Soviet painting, the art scene during the Soviet era was never static.  Dynamic interpretations of social and cultural ideals were an inherent part of the early Soviet regime.  The government tolerated avant-garde experimentation as a part of the revolutionary environment.  Alternative approaches flourished in the 1920s as both traditional and avant-garde styles competed for public attention and government support.  By the early 1930s, however, the atmosphere surrounding Soviet art changed as the state gradually tightened its control over all forms of artistic production.

By the mid-1930s, Stalin had imposed a systemic artistic standard defined as Socialist Realism that was to govern all creative expressions in the Soviet Union for the next fifty years.   ‘Sovietness’ became codified, as avant-garde artists were successfully silenced and formulaic paintings of heroic workers and Party leaders proliferated.  An artistic dichotomy emerged; neo-classical still life and portraits hung in the spacious apartments of the Party elite while proselytizing works of Socialist Realism were displayed in public exhibitions and museums. 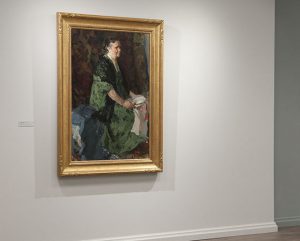 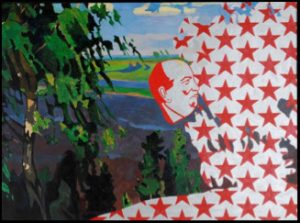