For seventy-five years (1941-2016), the Biever family of Port Washington, Wisconsin preserved the history of the Green Bay Packers through their photographs. From Curly Lambeau to Mike McCarthy, Don Hutson to Jordy Nelson, “The Ice Bowl” to “The Miracle in Motown,” Vernon Biever, along with his sons John and Jim have seen it all. Capturing the Packers marks the first the time the work of all three Biever family members is shown together in a retrospective exhibition.

Born in 1923 in Port Washington, Wisconsin, Biever originally photographed the Packers as a freelance photographer for the Milwaukee Sentinel during his college days at St. Norbert College in De Pere. Following his service in World War II, Biever approached the Packers directly and offered to take photographs of the team in exchange for a field pass. From 1946 – 2008, Vernon Biever was the Green Bay Packers official photographer.

In 2002, Vernon Biever was inducted into the Green Bay Packers Hall of Fame as a contributor to the franchise. Longtime Packers quarterback and Head Coach, Bart Starr nominated Biever claiming, “you wouldn’t have a Packers Hall of Fame without Vern Biever.” Although Vernon died in 2010, his photographs and legacy live on.

When he was just sixteen years old, John Biever took arguably the most famous photograph of the most famous game in professional football history: Bart Starr’s Ice Bowl Sneak—not a bad start to a photography career spanning six decades.

Born in 1951, John Biever followed in his father’s footsteps and started photographing Packer games during the 1960s. As a professional, he worked for the Milwaukee Journal and later for Sports Illustrated. In addition to photographing football, his assignments often included professional baseball, basketball, and golf.

John also has the distinction of being one of only three photographers to photograph all 51 Super Bowls. He lives in San Diego.

Jim Biever, like his older brother John and father Vernon, always had a strong passion for photography. Born in 1959, Jim also started photographing the Packers as a young man, eventually succeeding his dad as the team’s official photographer. It is impossible to walk around the Lambeau Field Atrium or page through an old Packers Media Guide or Yearbook without seeing Jim’s work.

In 2016, after more than 35 years of capturing Packer history, Jim decided to hang up his camera bag and retire as the Packers official photographer. He lives in Port Washington.

Following an internship at the Pro Football Hall of Fame in Canton, Ohio, Foss worked with the Biever family to organize an exhibition for the Green Bay Packer Hall of Fame highlighting Vernon’s life and photography.  Over the past five years, Foss contributed several articles, essays, and lectures on the subject.  Originally, from Washington Island, Wisconsin, he lives in Wausau and works at the Leigh Yawkey Woodson Art Museum.

We thank Matt Foss for his time, talent and dedication to bringing this exhibition to ArtStart. 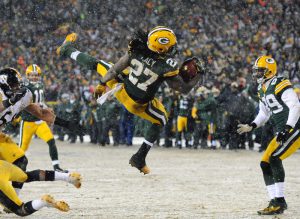 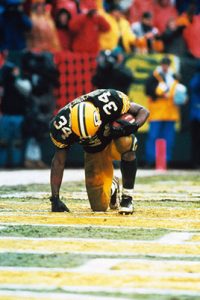