Attend live concerts at our intimate indoor stage at ArtStart.

Our Music Committee searches far and wide to bring in very unique and talented music groups.

A few of the past musicians that have played at ArtStart include: Drew Peterson, The Lowest Pair, Robert “One Man” Johnson, and Charlie Parr, Brothers Burn Mountain, Lee Henke and Ira Wolf, J.E. Sunde, Scott Kirby, and Boat Patrol.

Suggested $10 admission donation. We have a cash bar with beer and wine.

We hope you will join us soon! 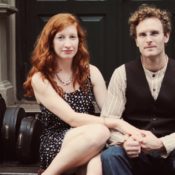 Fendrick and Peck are a traveling duo from Wisconsin. Their performances are constantly evolving, and it’s not uncommon to find them sharing the stage with vintage instruments such as 1920s guitar, mandolin, and tenor banjo, an older fiddle fiddle, or even a 1972 Telecaster!
Madeline and Brian’s music includes folk, blues, light rock, and bluegrass with a freshness and originality that centers on exquisite harmony, lyric writing, groove, and heart. Brian’s instrumental work and peaceful presence and Madeline’s versatile vocals and tremendous energy pair for an utterly wild and soaring ride. Together, they balance each other marvelously and their harmonies and devotion to each other and the music are unlike any you’ve ever heard or seen. 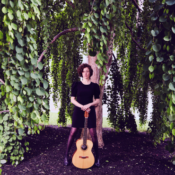 Rachael Kilgour is a Minnesota-born, Boston-based songwriter and performing artist whose sincere, lyric-driven work has been called both brave and humane. The 2015 grand prize winner of the esteemed international NewSong Music Performance & Songwriting Competition and winner of the 2017 Kerrville New Folk Contest, Kilgour has been featured at NYC’s Lincoln Center, at The Kennedy Center in Washington D.C. and by the ASCAP Music Cafe at the Sundance Film Festival.

Kilgour’s music is influenced by her life experiences including relationships, parenthood, divorce, and sociopolitical issues from government corruption to income inequality and religious hypocrisy.

Register Your Band to Perform at ArtStart